Published in the SWCP Association Newsletter in 2007

You’re between jobs, you have secured your wife’s permission, you want to tick off one of the 100 things to do before dying from your list and why not raise some money while you’re at it?

An opportunity to achieve a lifelong ambition to walk the SWCP is too good to miss, after all, if you think about it, where else in the world can you walk 630 miles of the most stunning coastal scenery. Sometimes we ignore what is on our own doorstep when dreaming of travel to foreign destinations. 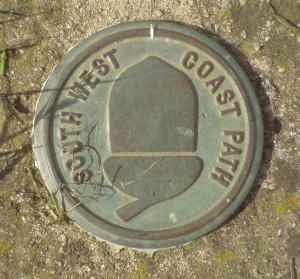 The planning started early, but after a while of reading and studying maps and trying to build a schedule, it seemed best to make it up as I went, but with the basic target of completing the walk in 6 weeks, maximising the use of Youth Hostels, with the occasional bivouac and otherwise B&B’s. All of this made easy with the indispensable SWCPA Annual Guide, the last thing I would throw out of my backpack. Two breaks in the 6 weeks I couldn’t avoid, one for a wedding and another for fundraising commitment, meant some opportunity to rest from a daily walking schedule.

Before the walk, everyone asked me if I was doing this for charity, initially not, but in an afternoon I had put everything in place, selecting 3 charities that would benefit the South West in some way. These are the Children’s Hospice South West, which everyone seems to have heard of, Seafarers UK and the Marine Conservation Society. I also took along my camera phone with the objective of uploading photographs to a website I had set up through Flickr (http:/www.flickr.com/photos/swcp630). So my sponsors could follow my progress. Also, instead of a keeping a diary, I sent postcards home daily, to let my family know what was going on and to collect a record of places I had been too.

So on 2nd April, the day after my last day of work, I set out to Minehead courtesy of the West Somerset Steam railway, an excellent way to arrive. So after the last touch of Sarah’s sculpture and the first climb up into Exmoor NP, the walk began. My mind raced with thoughts of the adventure ahead – Will my legs make it? What if there are successions of gales? Am I carrying too much? Will it be lonely? Will I find accommodation?

I needn’t of worried, for those of you who are lucky to live in the South West you will remember that the weather in April 2007 was absolutely glorious, shorts and suntan cream being the order of the day. The initial section, or “Exmoor on Sea” as I called it was superb, Falcons, Buzzards and Red Deer and on Day 2 I met Stuart, the first of many people I would come across, walking the SWCP either in its entirety or in sections. It is certainly true that this is a long walk, but it is a small community of people who walk the path seem to constantly bump into each other as they progress.

The Youth Hostels are definitely to be recommended, they are generally in superb locations and run by enthusiastic staff, who cook great meals using locally sourced organic ingredients. It is a good idea to book ahead even out of season, as they can get block booked, as in Perranporth by a stag party! But to miss such gems as Lizard, Coverack, Elmscott and Boscastle would be a shame because many seem to be closing. I always looked forward to a B&B, selected from the guide, as the sheer diversity of accommodation and welcoming of the homeowners, was always a pleasure, particularly as most had a strong passion the outdoors and walking and could provide valuable information on conditions, wildlife and places to stop for lunch or evening meals.

Initial progress was on schedule at about 15-18 miles a day, with the occasional 25 plus miles. Progress through Barnstaple on the Otter Trial resulted in the only blisters of the whole trip, walking around the estuaries was certainly disheartening, when you could see you had spent 2 days to cross a couple of rivers. But, as I said often on the walk, “it had to be done”. At this time of year, though, as soon as you are 400 yards out of town, you are practically on your own, in the peace and tranquillity, with only the squabbling Fulmer’s and the twitter of Stone Chats for the company. Therefore arriving in the big tourist towns was always a shock, not least, as you had to slow down, to avoid knocking over dawdlers.

To write about the whole walk would need a few months and would be in danger of turning into a book! So here are a few anecdotes, my favourite and least favourite parts (not too many of those).

The young German lady attempting to walk from Clovelly to Bude in 4 hours, without map, food, or any walking gear, hope you made it. The local resident who live 50 yards from Penpol bridge who didn’t know where it was. The “Round Britain” walker on Day 5 carrying much too much – hope you have lightened your load. Walking through Paignton and Torquay, on a Sunday in a downpour and not meeting a soul.

Everyone asked me, what’s your favourite part?

Let’s start with the superb Cornish pubs, The Watering Hole, Zennor Arms, Logan Rock, Blue Anchor, and afterwards, snoozing on the cliffs with stiff legs afterwards. Industrial Cornwall, particularly Geevor Mine. Ann’s Pasties at The Lizard are just the best. The Hen and Stag night at the Blue Anchor, fuelled by Spingo Beer, guaranteed fun. First Great Western, for the wonderful journeys and coastal views. The wildlife especially Gannets, Basking Shark, Seals, Peregrine Falcons, Buzzards.   Lizard YHA, complete with lighthouse beaming through the window every second and that foghorn! Chats with the National Coastwatch Institution volunteers, Overnight bivouac, flicking stones at the rabbits and counting the orbiting satellites. All the Ferrymen who waited for me. Gammon Head in a Force 7. And finally, meeting Roy, Stuart, Andrew, The Hart Road Runners, Juanita, Rose, Andy, Rebecca, Steve and Tina, Richard, and many others, especially all those Canadian couples (why so many Canadian’s)!

Well, I don’t like to dwell on the worse bits, but I would have to mention:- Empty 2nd homes and the justified local resentment. Awful hotel developments and the proliferation of memorial benches.

In total I raised just over £5,000 for the 3 charities, so all my thanks to family, friends and those I met on the path that made a donation.

A lastly, huge thanks to the SWCPA for their excellent work and publications http://www.southwestcoastpath.org.uk/